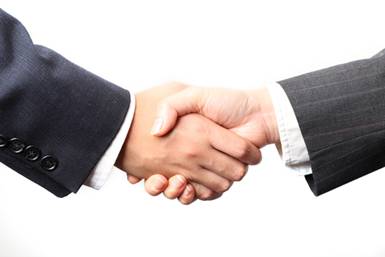 There has been a notable drop in mergers and acquisitions involving registered investment advisors; we ask a firm tracking trends in the space whether this is the start of a bigger trend or a temporary halt to what has been a busy period.

Is the sharp decline in RIA M&A activity the beginning of an extended trough or just a short-term speed bump?

Advisory firm transactions fell sharply over the past month and a half, down 35 per cent from the average monthly volume of the year to date, according to the most recent DeVoe RIA Deal Book.

âHigh interest rates, a declining stock market and a challenging economic environment typically drive down M&A,â DeVoe said. âIt remains to be seen if these pressure points are creating a short-term lumpiness of volume or a sustained downturn.â

Rate increases and market declines have caused some private equity-backed buyers to âreassess their interestâ in buying advisory firms, according to Charlie Ruffel, chairman of Kudu Investment Management, which specializes in taking minority stakes in advisory firms. âThat has manifested itself in less frenzy for investment bank-led RIA processes and lower multiples.â

Pause for integration?
Much of the deal volume slowdown can be attributed to âmajor market participants taking a pause to integrate acquisitions made over the past few years,â according to investment banker Brian Lauzon, managing director of InCap Group. âThis is a healthy and natural outcome to the secular M&A trend weâre experiencing.â

Cost of capital repercussions
Financing costs are rising at the same time RIA revenues are falling as result of the percentage of AUM business model tied to a volatile stock market. Potential acquirers now find themselves looking at shrinking margins, falling  valuations and increasingly apprehensive lenders eyeing growing non-performing loans and in turn placing more restrictive covenants on  new loans. Whatâs more, not only are future borrowing costs rising for buyers, so is the cost of servicing their current debt.

M&A activity is often a lagging indicator, valuation specialists Mercer Capital noted in a recent report, as deals can take months or even years to close after their announcement.

Wealth managers are increasingly selling less than 100% of their business, holding back the balance for several years hoping the market will bounce back. Deals are also increasingly relying on earn-out provisions where sellers must meet specified benchmarks in areas such as client retention and revenue growth over a period of time.

Even if the bloom is off the M&A rose as 2022 winds down, optimism is not in short supply.

Brett Bernstein, CEO of XML Financial Group, a Focus Financial partner firm, said he is currently negotiating to buy two RIAs and is finding more interest from sellers than ever.

âA lot of firms are tired of doing everything themselves and need help in areas like compliance,â Bernstein said. âYes, there are headwinds now, but weâre asking firms how we can help them navigate those headwinds. The opportunities in the market are still massive.â

The same factors that drove the M&A market to record highs over the past five years âare still very much in evidence,â Ruffel maintained. âScale and brand matter, and mid-sized RIAs recognize that. And the actual value proposition of best-in-class RIAs resounds more in uncertain markets. The best RIAs are going to do phenomenally well in the decade ahead. Itâs no bad thing that the froth has left the market, in my view.â