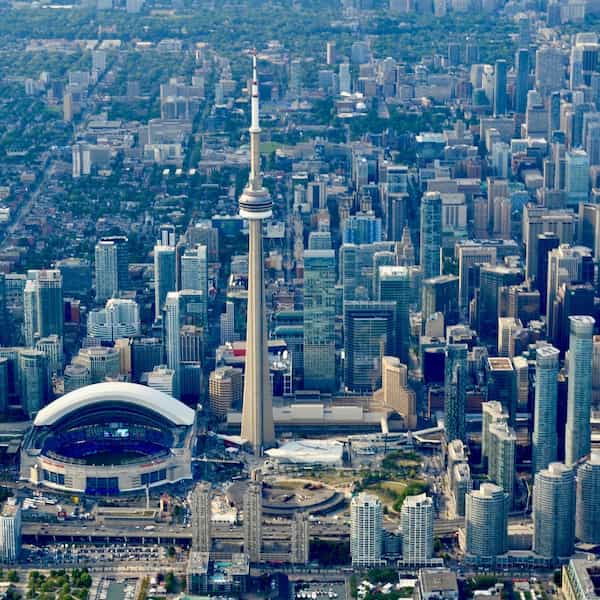 The Canada-based group has bought a raft of US and Canadian wealth management firms since the start of 2020 in one of the most prominent M&A drives of recent years. The acquisitions haven't offset the impact of falling markets this year as far its AuM is concerned. Adjusted earnings rose in the second quarter from a year before.

Toronto-listed CI Financial, the group that has bought scores of North American wealth management businesses, including the recent acquisition of Northwood Family Office, a Canadian family office, yesterday reported a dip in total assets under management for the three months June 30 from a year before.

Total AuM stood at C$116.07 billion ($90.9 billion), down from C$138.2 billion a year before, and largely reflecting how a slump in the equity and bond markets has offset the AuM gains made in CIâs various M&A deals.

On an adjusted basis, earnings before interest, taxation, depreciation and amortization were C$251 million in the latest three-month pereiod, from C$242 million a year earlier, although down from C$272.9 million in the previous quarter, the group said in a statement.

Explaining the income figures, CI Financial said higher earnings in its US and Canadian wealth businesses were more than offset by lower earnings from the asset management segment due to the pressure on global financial assets.

âOur expansion in wealth management in the United States and Canada has added stability and diversification to our business, with our US operations making increasing contributions to revenues and earnings,â Kurt MacAlpine, CI Financialâs chief executive, said.

Costs
Second-quarter total costs fell by 22.4 per cent to C$347.7 million in the quarter from C$448.0 million in the first quarter of 2022. Excluding non-operating items, adjusted total costs held steady at $386.0 million, reflecting cost controls in a âchallenging operating environment,â partially offset by the impact of acquisitions that closed during the quarter.

CI Financialâs acquisition activity has continued, making it one of the most eye-catching players in the market. The firm intends to sell up to 20 per cent of its US wealth management business via a US initial public offering, using the money to pay down debt. Timing of any IPO depends on market conditions. (FWR analyzed the deal here.)

Among other moves, CI Financial has completed the acquisitions of two registered investment advisors: Corient Capital Partners, of Newport Beach, California, and Galapagos Partners, of Houston, a multi-family office serving wealthy families and individuals. Both transactions closed on April 29, 2022. It also completed its Northwood Family Office acquisition at the start of April. And its wealth business in the US has applied for a charter to establish and operate a South Dakota trust company, which, when granted, will allow CIâs wealth management business to offer administrative trust solutions.

iCapital Ties The Knot With Another Investment Player