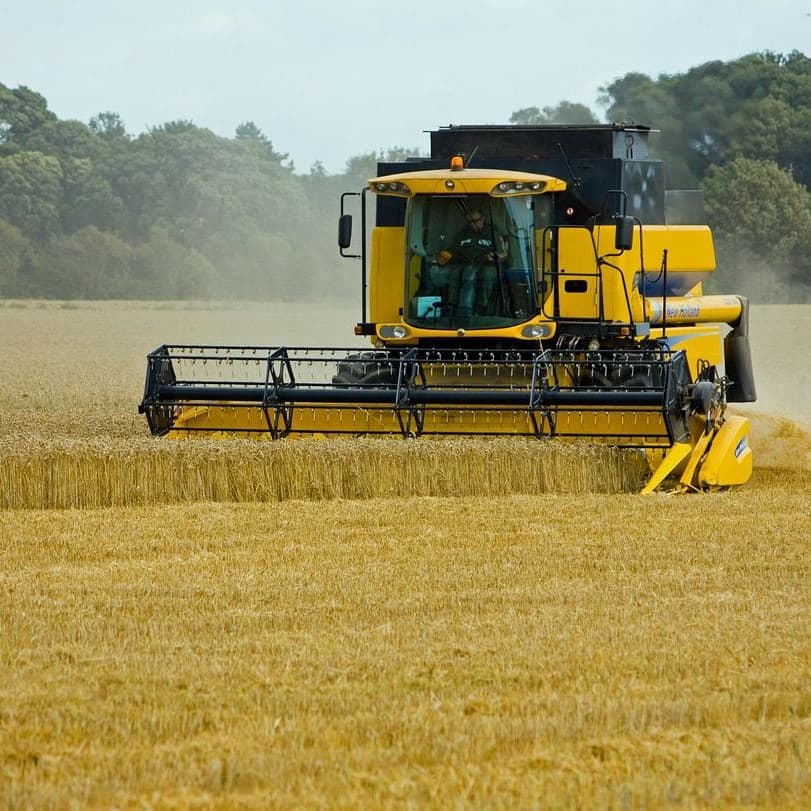 As food security moves up the political agenda, specialist investment managers from Franklin Templeton and RBC Wealth Management look at the innovation and investments needed to feed a growing population in a sustainable way.

There are big opportunities for investors in agriculture - and the dislocations to supplies caused by Russia/Ukraine, the pandemic and the rising demand from an expanding population keep this topic under a bright light. To emphasise the point, this week The Franklin Templeton Institute released a new paper â Food Innovation: Investing to feed our future.

According to Anne Simpson, global head of sustainability at Franklin Templeton, innovation in food and agricultural technology will be vital for boosting agricultural productivity and the nutritional value of food whilst reducing harmful farming practices. She emphasized how the war in Ukraine, a reminder of the geopolitical risk in agricultural supply lines, arrived on the heels of Covid-19 pandemic-induced inflation, which has increased food prices by over 30 per cent. Franklin Templeton's views are significant because the firm oversaw $1.45 trillion of assets as of May 31 this year.

This news service is covering agriculture, food production and related business at a time when surging energy and food prices, fueled by forces such as pandemic-induced disruptions, the Ukraine conflict, and central bank policy, have made food a hot investment topic.

He cited examples, saying that venture capital investing in foodtech and agritech start-ups is rising steadily. âFrom 2015 to 2019, over $45.6 billion was invested in foodtech startups in 3,200 deals. We believe this space will continue to grow as startup companies explore lab-grown meat, 3D printed food and other innovations,â he said.

âPrivate equity investing is also playing a major role in mergers and acquisitions of food giants,â he added. âThe deal landscape slowed a bit during Covid-19 but has picked up again, with North American transitions in the third quarter of 2021 exceeding $13.6 billion, 76 per cent of which was by private strategic buyers and private equity firms,â he stressed.

âReal estate will also play a major role in the expansion of controlled environment agriculture and vertical farming,â he added. Much of this growth will happen closer to urban areas through infill or suburb/exurbs in order to guarantee that fresh produce is delivered short distances to consumers. âThe global CEA market is expected to reach $172 billion by 2025, and the vertical farming market is expected to exceed $31 billion by 2030,â he said.

The virtue of vertical farms
Franklin Templeton says the attractiveness of investing in vertical farms, where crops are grown in vertically stacked layers, is not purely financial. As investors seek solutions to the worldâs largest problems, vertical farms have the potential to contribute to most of the 17 Sustainable Development Goals. They are more climate resilient, their output will be more stable and predictable, and they will be able to react rapidly to changing consumer preferences, producing in-demand crops without regard to environmental factors and growing conditions.

Gene editing vs. genetically modified organisms
Carrier highlighted how GM crops have faced widespread consumer resistance over the years despite being higher-yielding, more tolerant of both drought and heavy rain, and displaying greater resilience to pests and diseases.

âBut foods produced via gene editing are often not subject to the same regulations as other genetically modified crops, as many changes introduced by gene editing also occur naturally,â she said. "In 2021, Sicilian Rouge tomatoes went on sale in Japan; they are one of the first genetically edited foods made available to the public.The USDA has also confirmed that these tomatoes will not be regulated in the same manner as conventional genetically modified crops,â she added. âThe UK, is adopting a more positive attitude toward GM foods and parliament passed a law in January 2022 to reduce the time and cost of gene editing trials in the country. As this new generation of GM foods with additional health benefits evolves, we would expect their popularity to increase,â she stressed.

Banking sector
The banking sector also has a key role to play in managing and mitigating the impact of the food supply chain on biodiversity and climate change, David Sheasby, head of stewardship and ESG at Martin Currie, on the role of banks in the food system, said. âWe are seeing that some of the leading banks are recognizing their impact on the food system in their approach to agricultural lending activities. We believe that banking leaders will seize the potential investment opportunity in this space while also effectively managing risks associated with the food sector,â he added. âBanks can further incentivize change by setting eligibility criteria that preclude the conversion of forest or ecosystems,â he said.

New Research: A Snapshot of Portfolio Management Efficiency in Singapore

Survival Of The Fittest: The Rise Of The Omni-Channel Advisor And The Social Media Paradigm - Research