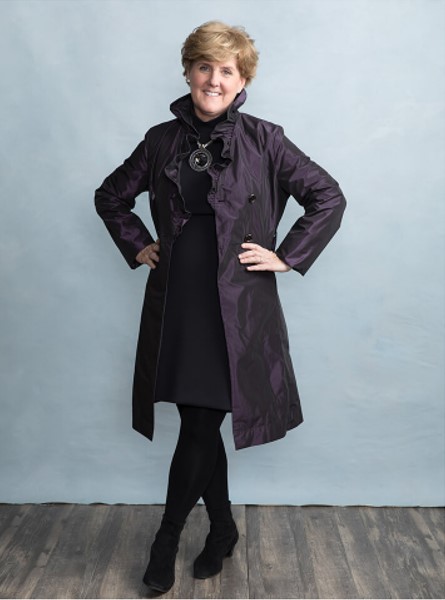 How are todayâs women reshaping traditional dynamics in multi-gen families?
One common thread among all the women we spoke to was their emphasis on relationships. The women we spoke to really focused on the incredibly ambitious and essential task of creating threads between business and family and across generations. They served as bridge builders and connectors, and saw alignment and connection as keys to success. They believe the family enterprise is something to be shared and used wisely.

Additionally, they took on the role of family culture innovator. They were creators of an inclusive and fair family culture. They were concerned with opening the paths for other family members to participate, and they felt family wealth has a purpose to support everyone in the family fairly.

They have gotten more comfortable with and have found great conviction in their leadership style.  We found that they were often leaders that used soft power and influence rather than domination. Dennis and I concluded that these women often shun the limelight of visible leadership, instead preferring to lead more quietly and behind the scenes. They seek to influence rather than overpower or force others into acquiescence.

How did you find women are dealing with unequal partnerships?
I think the specifics differ from family to family, but nearly every woman I spoke to mentioned in some way how they are active in challenging the traditional roles that have so often limited womenâs horizons. They were leaders who had to generally overcome more pitfalls, challenges, and hurdles than their male counterparts that resulted in unequal partnerships. They had inner confidence to overcome obstacles without acrimony. They had to drive and navigate their familyâs evolution to acceptance of women in key leadership roles. And, as a result, they displayed self-confidence and a feeling of personal efficacy and drive early in life, and this confidence allows them to feel comfortable as innovators and pioneers. These women want to show the upcoming female youth that they are more than capable of having their own respected careers and passions.

How can fathers encourage leadership in their daughters?
At a recent families of wealth peer group session I facilitated, I was especially delighted to observe how many fathers were in attendance as they chose to be âlearnersâ to better support their daughters as future family business leaders. They viewed their daughters as individuals with their own strengths, weaknesses, passions, and abilities, and wanted to support possible entry into the family enterprise.

They were cognizant of the fact that they needed to throw away old ideas and gender stereotypes, and instead embrace and encourage their daughters to be future leaders. Being there for their daughters, listening to their ideas, and feeling the passion they have while expressing those ideas will only help lift them up. When you have the constant support of a family member, it goes a long way. I found their participation to be particularly inspiring and hopeful.

How do women get out from the shadow of their family and come into their own? You mention women âface gentle winds of traditional expectations?â
It all comes back to breaking through ingrained gender stereotypes.

When one of the women in the book went to talk to her grandfather about college, his response was along the lines of, âWhat in the world do you want all that education for? Youâre just going to get married and have babies.â So, she paid for it herself and went off and built a life for herself in an area where no one knew her family. But eventually she was asked to become the familyâs financial leader after her brother, who had been running the family office, made some poor financial decisions.

In another case, the womanâs family owned a bank, but it was just assumed that her brother would succeed their father there. The reality was she had more of an aptitude and passion for banking and eventually became the CEO while her brother went off to run another family business.

In both cases, these women pressed on with great intentionality, committed to finding a role in the family enterprise in which they would be successful, add value to the enterprise, and find a sense of personal satisfaction that wasnât traditionally offered to them.

How are womenâs leadership styles transforming family businesses?
Old money often comes with old values and several of the women I spoke with found themselves faced with the incredible task of challenging these longstanding norms including gender traditions, birth order, and family hierarchy, from the inside. Womenâs evolving roles have a social and political component â womenâs suffrage, co-education, and entry into formerly gender-segregated careers â and change of that kind takes time. However, the actions of these female leaders show how a trend can move from societal opportunity to family reality.