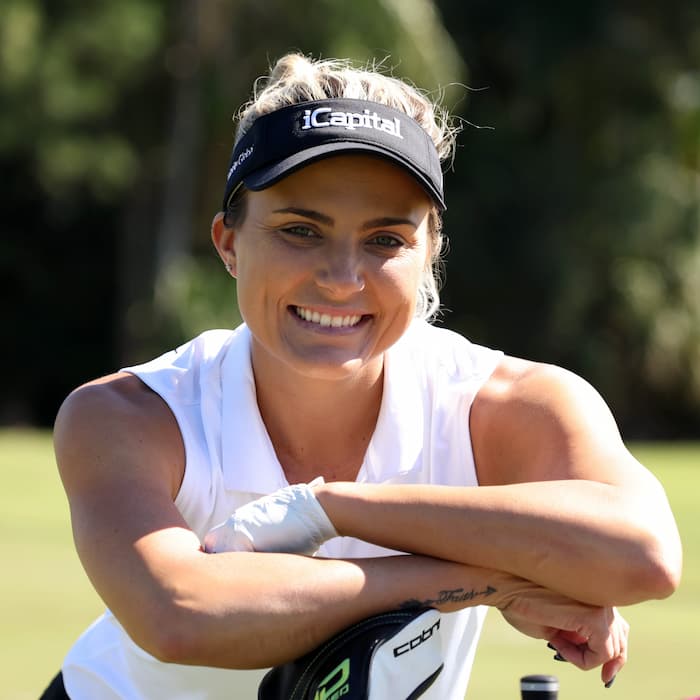 The deal is an example of the kind of commercial sponsorship for sports that wealth managers undertake.

Thompson is placed 12th in the Rolex World Rankings. She joins iCapital brand ambassadors Lee Westwood, Will Zalatoris, and Rob Labritz and will debut the iCapital brand on her visor at the Hilton Grand Vacations Tournament of Champions this week in Orlando, Florida.

At the age of 12, Thompson kicked off her competitive golf career by qualifying as the youngest golfer ever to play in the US Womenâs Open. Since then, she has transformed into a golf star and idol for golfers of all ages. Thompson, who turned pro at 15 years old, won the LPGA Tour by the age of 16, secured 11 career wins on the LPGA Tour and is a two-time member of the US Olympic womenâs golf team.

Thompson has had victories in the Ladies European Tour (2011 Dubai Ladies Classic) and in the LPGA of Japan (2016 World Ladies Championship Salonpas Cup).

Outside golf, Thompson partnered with the SEAL Legacy Foundation with her own Lexiâs Legacy Challenge which raised funds for the support of families of wounded and fallen United States Navy SEALs. She has spoken out about the importance of creating equal opportunities and pay equity for women and has used her platform to raise awareness about uterine cancer. Additionally, she is an entrepreneur, launching her own skincare line Lexi Skin in 2021.

The deal is an example of the kind of commercial sponsorship for sports that wealth managers undertake. Within motor racing, UBS is global sponsor of Formula One. Earlier last year, Dynasty Financial Partners, the US wealth management group that moved its headquarters to St Petersburg from New York in 2019, agreed to sponsor local motor racing legend Sebastien Bourdais.