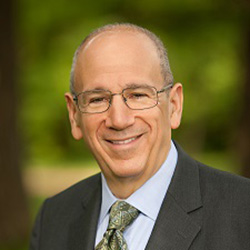 The author of this article, a prominent figure in the industry, argues that testing trustees makes sense no matter who they will be.

Prominent US wealth industry figure â and member of this news serviceâs editorial advisory board â Charles Lowenhaupt is unafraid to speak about sometimes thorny topics. In this piece, Lowenhaupt examines what sort of tests families should run to be sure that those chosen as trustees are able to perform the role expected of them. This matter is important given what is at stake. This article is a great example of giving color to a practical issue that can sometimes be make-or-break for families going through change.

To respond and give feedback, email tom.burroughes@wealthbriefing.com and jackie.bennion@clearviewpublishing.com  The standard editorial disclaimers apply to views of contributors.

Wealthy families use trusts to try to ensure that wealth stays managed for the benefit of future generations. âPerpetual trustsâ allow a wealth holder to guide the family over generations â the so-called âdead handâ that allows for family governance from the grave.

Yet, a dead hand needs a living trustee, and often one of the hardest decisions facing a person or couple is choosing a trustee or trustees.

Itâs a question asked in almost every estate planning conference is, âWho should be a trustee?â For many clients, the answer is straightforward, but for many others it can lead to indecision. Should I choose my children? Do I ask an old friend? Should I choose a professional trustee? How do I ensure that we donât run into future events which prove my choice wrong?

More often than not clients start by choosing their children. This way, they feel they are expressing love and showing their children that they trust them to take care of the needs of the family and responsibly manage the wealth. Often it is a smart choice; often it is not. In most cases, we donât know until after the death of one or both parents, but then it may be too late.

Test while you can
A client of ours approached this challenge quite strategically by creating what they called a âtesting trust.â

Utilizing their gift and estate and generation-skipping exemptions, the parents created an irrevocable trust in 2011, when they were in their 60s. Their three children, two sons and one daughter, were in their 30s, and they named them as co-trustees. The parents saw the trust as âpracticeâ for the three children, none of whom had much experience in financial management. The trust would provide an education in trust administration for the three children and would itself be the foundation for all of the coupleâs estate planning. To help provide the education, they included their estate planning lawyer as a co-trustee.

The lawyer called semi-annual trustee meetings, which usually lasted three hours. The three children spent those hours asking questions and trying to sort through the family dynamics, citing arguments about investment theory and policy. Investment Policy Statements were introduced at each meeting, discussed, and then with substantial bickering, rejected. Investment managers and counselors were proposed and presented at each meeting. None was approved by two of three of the children. Each meeting ended with an âassignmentâ for the children to prepare for the next meeting, but no assignment ever seemed completed.

Two of the children were terrified of making a mistake. The third was willing to be reckless and invest in almost anything. For five years, there was no decision on an investment policy statement or an investment manager. The trust corpus remained parked in Treasury notes, while equities enjoyed a bull market. The trust performance through booming markets remained stagnant. At least one professional advising the parents described it as the âworst performing trustâ he could imagine. Yet, the mother said that the trust was one of the coupleâs greatest successes.

Lessons learned
If performance is measured exclusively by return, the trust flunked. If it is measured by return and appropriateness, the motherâs description is accurate.

That trust tested the children. Their performance convinced the parents that although they loved all three equally and had complete confidence in their desire to protect family wealth, they were not a capable âteamâ of trustees. The parents learned from those trusts, though the children did not. And thereafter, all discussions of trusteeship started with the proposition that the three should never be trustees together.

If those parents had simply written wills and trusts to start the trusteeship of the three after their deaths, the familyâs wealth would have ended in shambles. Instead, they âtestedâ their trustees to learn how the three would operate together as trustees.

Of course, trusts created during your lifetime are beneficial in so many ways for tax planning â gift, estate, generation-skipping, and income tax planning. In more than 100 years of practice, our firm has helped clients accomplish great tax planning outcomes using such trusts. However, they also work for the more substantive purpose of testing how a trust will work after the clientâs death. Your lifetime observations can help you decide how to design that âhandâ which will some day be the âdead hand.â

Can I Leave My Truck To My Dog?

What's In Your Wallet? â Estate Planning For Cryptos, Tokens

Should You Give Your Trustees A Test Run First? 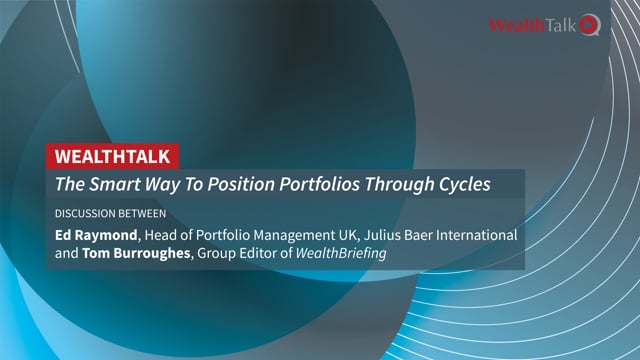 Who's Moving Where In Wealth Management? â Argent, Raymond James

iCapital Ties The Knot With Another Investment Player