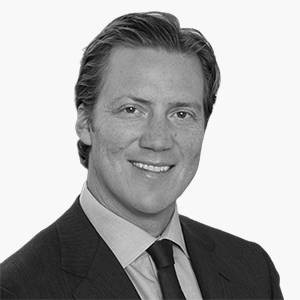 A US and London-based multi-family office aim to combine, building an organization with significant presence around the world. Coming at a busy time for M&A in the sector, we speak to the man slated to be CEO of this new group, Michael Tiedemann.

The head of the $20 billion US-based multi-family office is about to become the CEO of a new industry powerhouse, Alvarium Tiedemann Holdings, which is aiming for nothing less than being a major player in the global ultra-high net worth market.

The combination of Tiedemann Group and London-based investment manager Alvarium Investments will be competing with âlarge banksâ in the offshore market for ultra-high net worth families, Tiedemann told Family Wealth Report.

âWe will have a very competitive offer,â Tiedemann said. âWe believe the non-US offices of the combined companies will be attractive to both team members and clients.â

Latin America will also be in the crosshairs of the new venture, which will become a public company via a merger with special acquisition company (SPAC) Cartesian Growth Corp.

Alvarium already has an RIA in Miami that serves Latin American clients. And Tiedemann, who once worked for Banco Garantia, one of Brazilâs leading investment banks before it was acquired by Credit Suisse, expects to draw on his extensive contacts in Brazil, where he lived for two years.

Tiedemann and Alvarium are expecting the merger and further expansion to pay off handsomely.

According to an investor presentation put together for the merger, assets are projected to nearly double in five years, reaching $100 billion by 2026, with EBIDTA profit margins of around 40 per cent.

Those projections are realistic, Tiedemann said, based on the MFOâs âhistoric growth rate,â the law of compounding and expected growth in merchant banking and real estate.

Indeed, Tiedemann cited the multiple lines of business of the combined firms and an expanded UHNW international client base as âkeyâ to its success.

âThe client base will be all over the world,â he explained, âand able to contribute investment ideas as well as referrals to money managers and other families.â