A new book by a UK journalist challenges a number of economic ideas that he says have damaged living standards, fostered inequality and other problems. It describes the world that the wealth industry inhabits, and is sure to spark plenty of debate.

Do people respond to incentives? Are they rationally self-interested most of the time? Are they sound judges of their own interest? Do high taxes crush risk-taking? Do people quit smoking or other “sins” if the price tag becomes extortionate? Is regulation generally bad for growth?

Award-winning Reuters investigative journalist Tom Bergin argues that the answer to these questions is “no” - with caveats. Humans are far less responsive to incentives, such as taxes, than is conventionally assumed, he says. And if he’s correct (I will argue that he is only partly so), that creates a big problem for free markets. It also suggests compulsion is the only viable alternative in reaching a supposed desirable outcome if hard work can’t get there. A gloomy thought in the Lockdown Age.

Bergin argues that a number of influential economists and writers, such as the late Milton Friedman and Arthur Laffer (he’s still alive and kicking in his 80s) have over-egged the case for incentives as a driver of behavior; they have, according to Bergin’s charge sheet, dramatically exaggerated the ability to model human conduct, and put false, often ideologically-charged faith in “neoclassical” models about supply and demand. While their ideas are not without merit (Bergin is careful not to be rude about these men, who are/were eminent, often admirable people), the author of this 377-page book is pretty harsh. He argues that ideas as varied as supply-side tax policy, money supply targeting, sin taxes and CEO bonuses have been damaging failures at worst or overblown at best. Nearly all of his firepower is aimed at variants of free market thinking over the period from WW2, although he takes a few swipes at forms of statism. This is a very readable book, and it carries copious footnotes (including one referring to your correspondent, who was a colleague of Bergin at Reuters in the Noughties).

A big plus from the book is how Bergin illustrates some of the big policymaking controversies of past decades. Much of the world in which wealth managers inhabit today was shaped by the people in this book, which is why Bergin does a service in describing it. In the section of the book in which I get a brief footnote (page 214), Bergin writes about the events leading up to the 2008/09 financial crackup, and the development of the credit derivatives market that was associated with it. (Tom and I used to report on this sector, on credit default swaps and collateralised debt obligations for example. It was fascinating stuff. Yes, really!) He argues that among the likes of former Fed chairman Alan Greenspan, confidence that banks and others would follow their rational self-interest was misplaced. That said, some of the problems weren't just lack of regulation, but the unintended results of the regulations that did exist, such as Basel capital rules, as well as forces such as the "too big to fail" assumptions of commercial banks, limited liability of banks' owners, dangerously conflicted rating agency incentives, etc. Blame for the 2008 smash goes far and wide.

Due to the limits of space I’m going to focus on my criticisms and differences with some of the book’s claims. And even though I disagree with some of the points here, I heartily recommend this book because it challenges assumptions and lazy thinking. There's much to admire.

Free lunches, models and theories
A particular charge of Bergin – which explains the book’s title – is that while the likes of Milton Friedman were fond of the statement “there’s no such thing as a free lunch,” in practice a lot of these thinkers offered allegedly cost-free solutions. For example, they supported the idea that tax cuts were self-financing because they raised more revenue eventually, or that tobacco taxes reduced cancer and therefore health bills. There seems some truth in Bergin’s complaint although it is arguably inevitable, given the pressures of politics, for people to try and find the least painful "solutions" available. Politicians want to be popular - it's easier for them to tax a sinful activity, say, than ban it.

The central message of the book could be summed up as “beware hubris of economic models.” But sometimes I think Bergin isn't quite on the right track. Consider, he writes quite a lot about how economists have been in thrall to the model of "perfect competition." But few free market economists today really think the “perfect competition” model describes reality (some have even written it off as useless and downright misleading, such as FA Hayek). It is an abstract model, nothing more. If the conditions for perfect competition obtained, including that of economic actors having complete information, we could have made central planning work with enough computing power. In fact, the imperfections of the real world – such as unmet wants and incomplete information – are precisely why entrepreneurial alertness for new opportunities is so important. One person’s gap is another’s opportunity. Competition is not a static game among omniscient geniuses, but a risk-taking process through time involving fallible humans. (This is one of the most important insights of the “Austrian” school of economics.) (1)

Remember, state central planning presumes that the state has some superhuman ability to foresee patterns of demand and supply and do so better than individuals operating in the alleged “chaos” of a market. Let's just say history is not very kind to central planning. Without the co-ordinating function of a state plan, then, one has prices. Prices communicate relative scarcity and plenitude. They matter, even if they work in ways that don’t fit a narrow model. Prices are information, not just ephemera. (Economics is in some ways a study of information.)

All that said, Bergin appears to be sceptical over how useful prices are unless heavily qualified (such as when he discusses the minimum wage or tax rates.) If the incentives that come to play in a world of free economic agents don’t work in predictable ways, it is easy to see how people are tempted to go for coercion instead, such as forcing firms to pay staff a certain rate, or grant X or Y weeks paid leave, or order landlords to not charge more than so much rent, and so on. Take away the “incentive economy,” so to speak, and the alternative is increasingly a “coercion economy” - and all the officiousness and red tape that involves.

For the most part Bergin plays the part of the sceptic of others' big claims, but some of his own views definitely come through. On page 236, for example, the author challenges the claim made by Chicago's George Stigler and Milton Friedman that regulators could be "captured" by the very industries they regulated, with firms using red tape to raise barriers to entry and protect incumbents. Bergin says this is a "dark view of government." The two men would have replied that they were being realistic about human nature, based on a long study of what actually happens.

Do prices really matter?
There are a lot of contentious claims in this book, even though Bergin provides sources to back them up. Example: he challenges the claim that minimum wages cause some unemployment (with the odd caveat). But this stance can only be stretched so far. The UK statutory minimum wage for those aged 25 and above is £8.72 (2). Imagine if that were to be doubled, or even trebled. Is it really credible to think that this would not reduce hiring? Supermarkets these days have automated check-out machines because firms found it more profitable to substitute capital for labour, quite possibly at the cost of low-wage labour.

Another claim that Bergin makes is that there is no necessary causal link between how much a state taxes and spends, and economic growth, usually measured as gross domestic product. (This raised the old correlation is not causation issue.) GDP includes government outlays, so if there’s more government spending, then voila! - GDP has gone up. Bergin states that growth of GDP per capita in the US from the end of the Civil War to 1913 was slightly lower in its growth rate than in the 1960-1970 decade. So the Big Government Swinging Sixties were actually more dynamic than the Gilded Era of Rockefeller, Carnegie and the rest, on this account (3). But what we want is an explanation of the relative performance of the non-state sectors, not simply GDP, which lumps government and private sector together. Also, if the Big Government era of the 1960s was a decent state of affairs, or at least not a hindrance, how come this all went wrong in the 1970s, with the collapse of Bretton Woods and the rest of it?

And as Bergin writes, the 1970s was a crucial decade when many people were re-thinking economic assumptions. Friedman and others, noting the combination of mass unemployment and inflation, realised that conventional Keynesian models had broken down. New business startup rates were on the floor, UK film stars and rock musicians, as well as entrepreneurs and scientists, fled the high-tax UK for Switzerland and other places (they clearly were influenced by taxes). We see this sort of process today: there is an exodus of firms from California for states without local income taxes such as Texas and Florida (Hewlett Packard, Oracle, parts of Charles Schwab, etc).

He is insistent that tax rates don't greatly affect things such as how hard we work or what we do for a living, and to some extent, that is true, particularly with salaried roles where a few percentage points here or there hardly count. Most of us choose an occupation not simply because of post-tax income but because we want to do something interesting as well as earn enough to be comfortable. And in this Bergin is surely bang on. He writes (page 87-88): "The best career advice I ever got was to work hard. It's the recurring guidance I have received from the nuns, Christian Brothers and Jesuits who taught me since I was four years of age. I heard it on Bavarian automobile production lines, in New York restaurants, on Dublin derivative-dealing desks and in London newsrooms. No one ever said to vary your effort and investment in yourself based on changes in your remuneration. No one said take your foot off the pedal if your bonus disappoints, take a longer lunch hour if the raise you wanted doesn't come through, or don't bother doing night courses if the company cuts back on its discounted share purchase plan." (Emphasis mine.) Even here, he overstates this, I think - surely there are many readers who have changed jobs because they were disgruntled over a bonus or pay rise or to earn more - it is common currency in the financial services sector, for example. When the UK was hit by strikes in the 1970s, that was one big demonstration that people do "vary your effort" based on pay. And I haven't met a journalist yet who doesn't moan about pay! 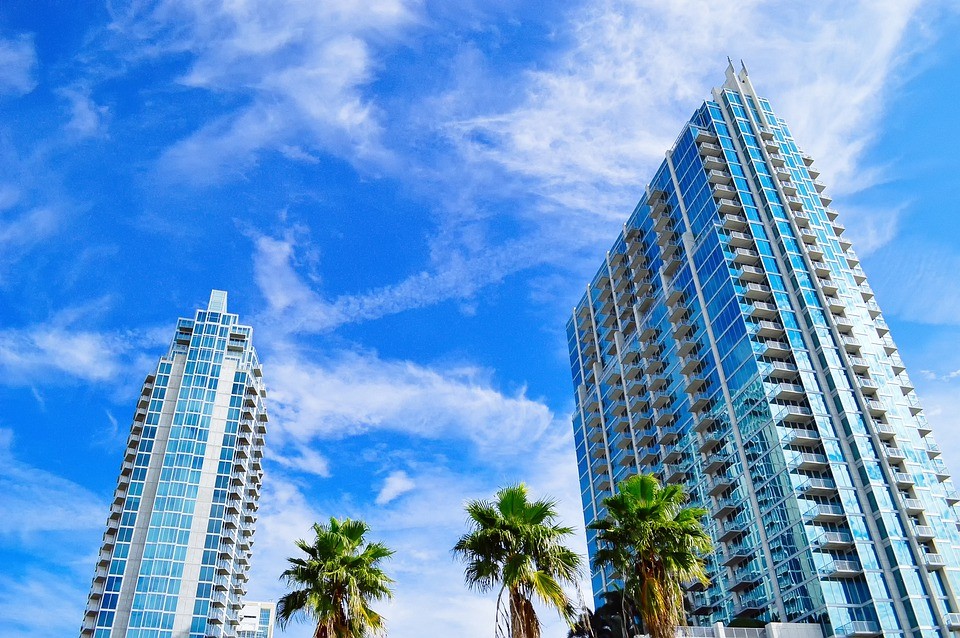